America’s healthcare on the chopping block: UAEM students protests to save ACA

Tuesday for many was the second most important day in America behind Election Day, as the Supreme Court heard arguments about the constitutionality of the Affordable Care Act (ACA) aka Obamacare in Texas vs. California. The lawsuit calls into question the legality of the individual mandate, which assesses tax penalties on Americans for failing to purchase health insurance. 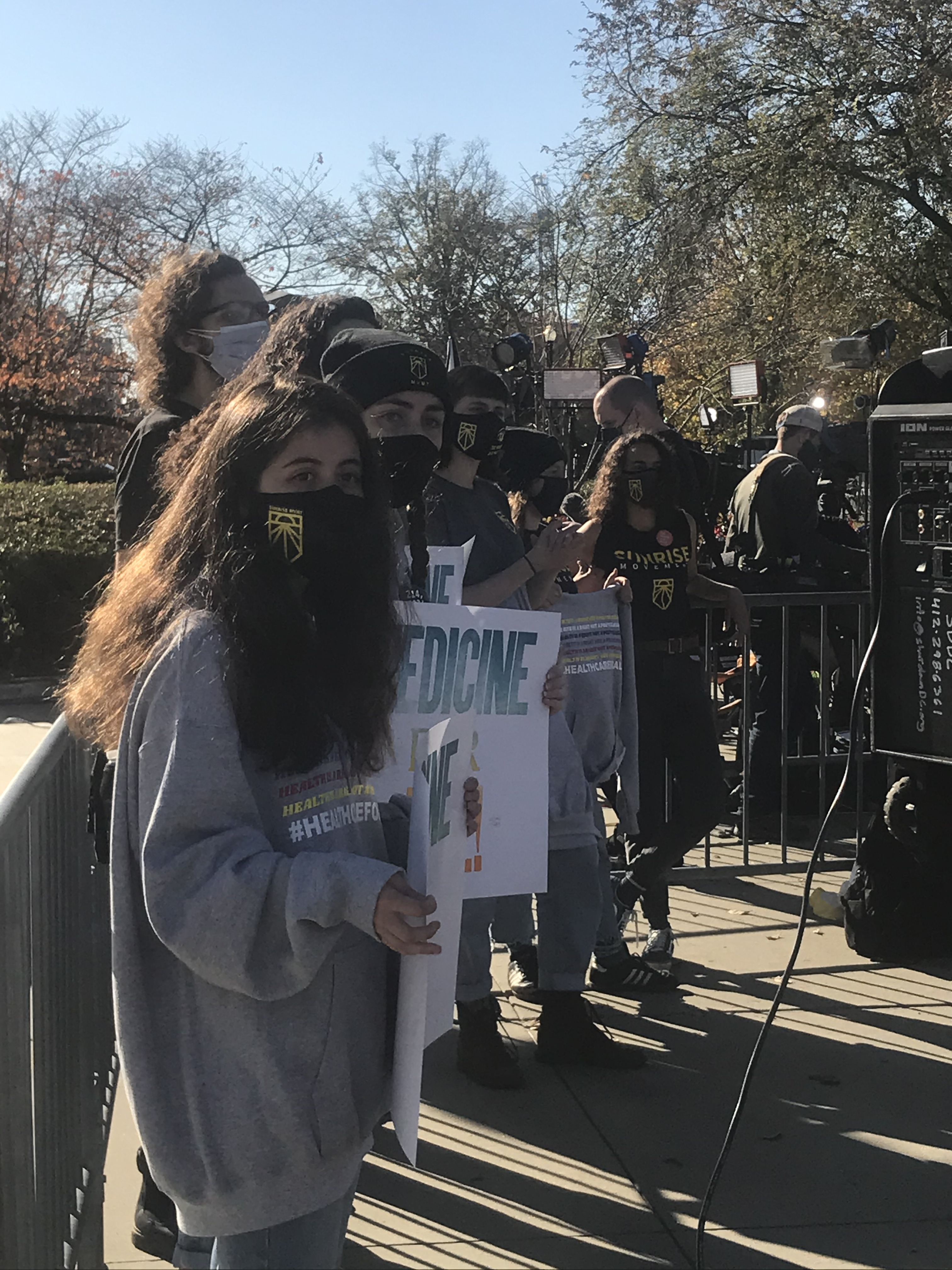 One of the prevailing successes of the Obama presidency, the ACA, has been under siege since its inception, Trump and like-minded conservatives are attempting to remove the law in its entirety from the books with this lawsuit. Their work is not without severe consequences, if the law is overturned, roughly 20 million Americans including nearly a million children will become much more vulnerable to disease and illness, as well as, become victims of incredible medical debt. Ironically, this hearing occurs during a global pandemic when access to healthcare is a matter of life and death, and treatment has demonstrated to be unequal and biased. To date, nearly 240,000 Americans have died from COVID-19, again, access and accessibility to healthcare have been the topic of immense discussion. Additionally, UAEM is hosting its international Access To Meds week, an awareness campaign focused on the equality and accessibility of necessary medicines and the disproportionate access to treatment.' 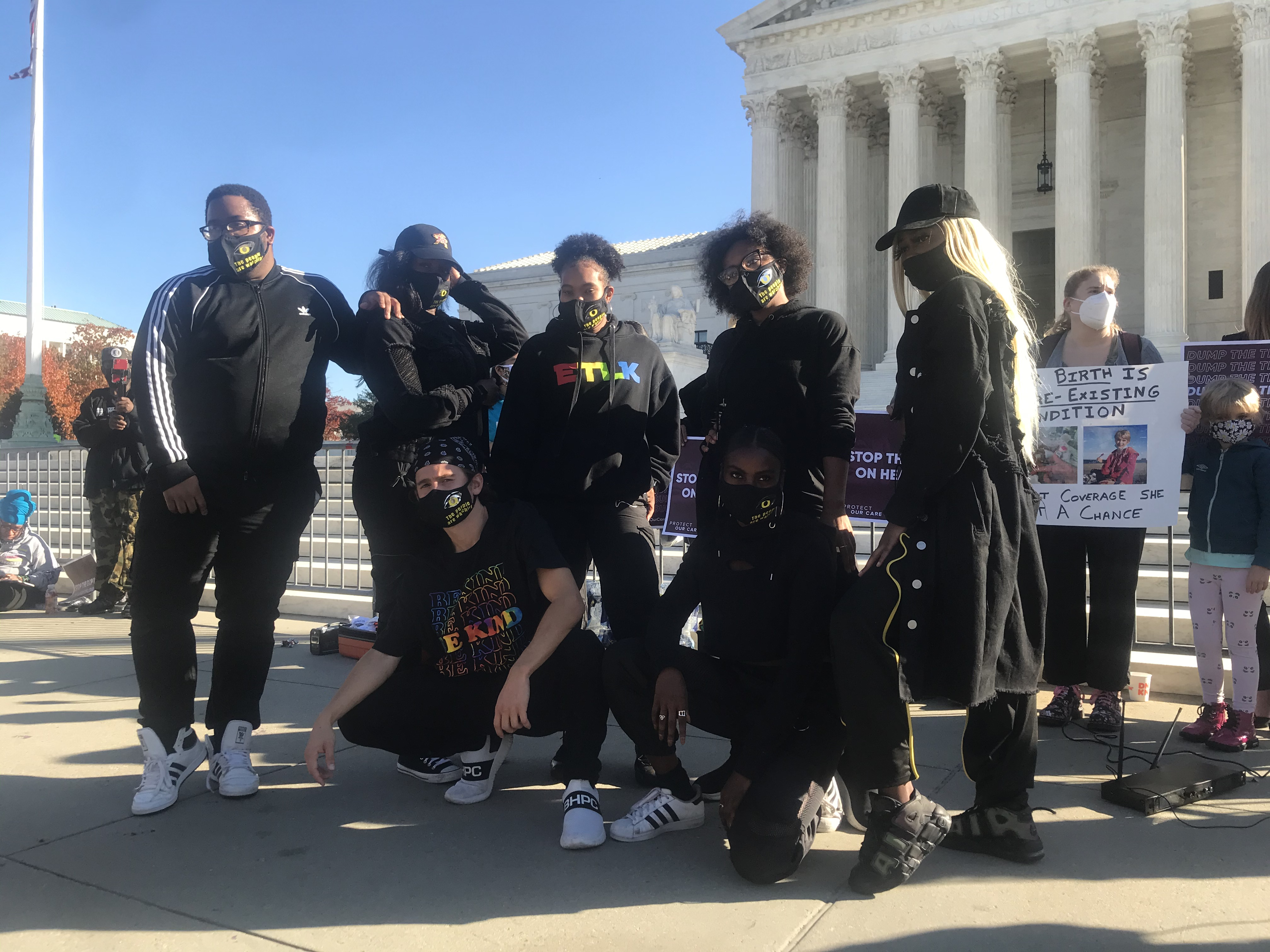 “With the future of this country turning into a positive direction, I think it’s important to make sure we protect the progress we have made in the past and prevent the Trump Administration from further harming American public health. We came here to support his rally to speak out on the importance of healthcare coverage, especially during a pandemic. Personally, I have family members that gained health insurance under the ACA, so it’s especially important for me to help protect it,” said Farooq.

“When the health of millions of people are being put at risk, it’s time to unite, stand up, and fight back. There are lives depending on this decision, and we have to make sure the Supreme Court knows that the people are watching. It’s crazy to me that repealing the ACA is even being considered during a pandemic when access to healthcare is more important than ever. We have to put our foot down and demand justice. Healthcare is a right, not a privilege, and we must do everything we can to ensure that this country’s decisions reflect that,” said Gurram.

Farooq adds, “I also think we often forget about the role we as taxpayers play in contributing to our health system. Our tax money is invested into the medicines we then are chard exorbitant amounts for. Expanding the ACA and further advocating for Medicare for All helps ensure that Americans are not paying twice for their healthcare services.”

The rally was on the front page of the NY Times, NPR, and CNN. It caught the attention of international media with coverage in The British Telegraph and Spanish speaking publications. 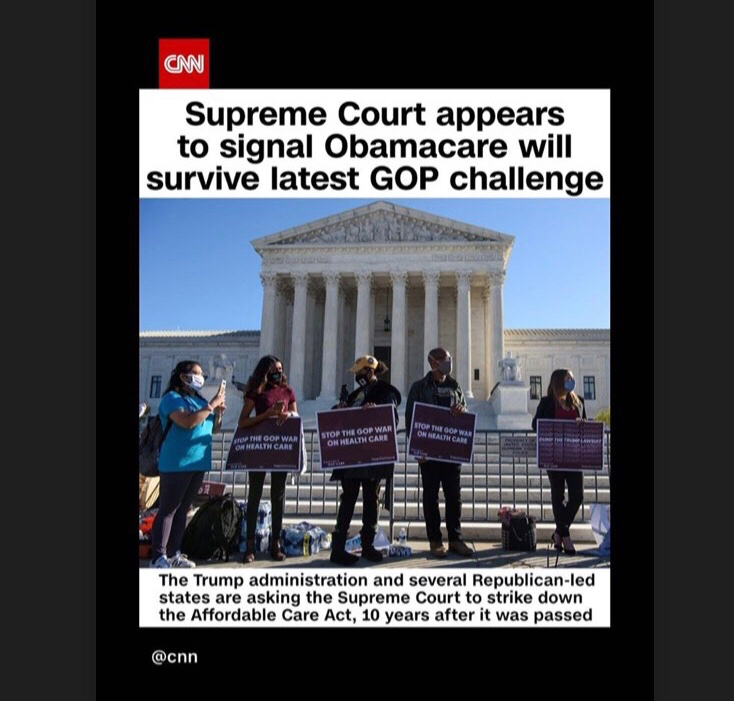 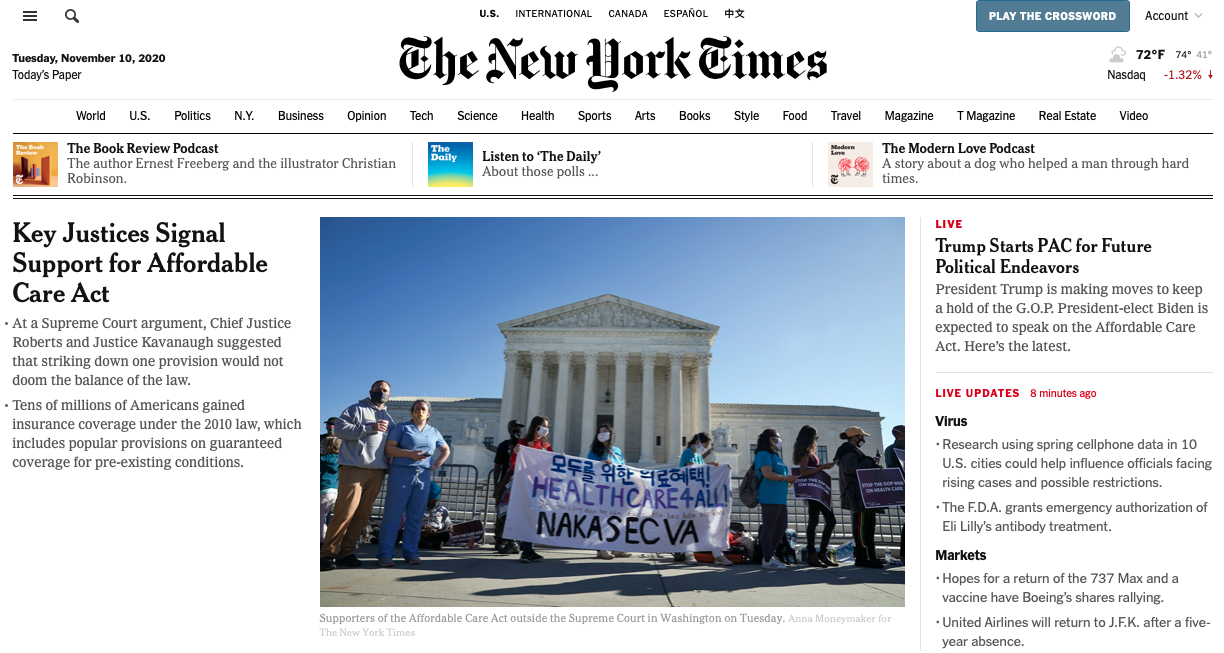 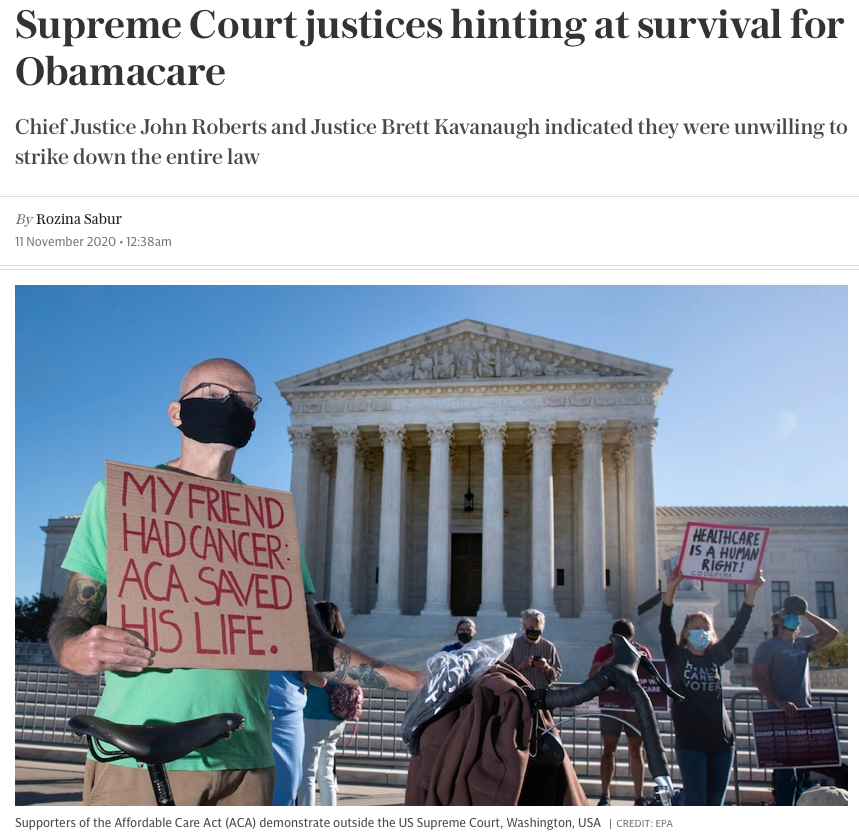